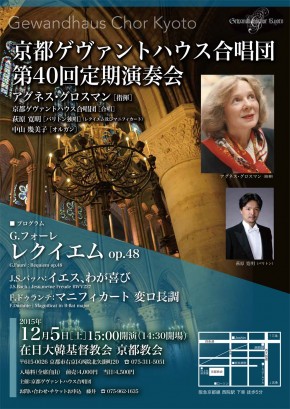 END_OF_DOCUMENT_TOKEN_TO_BE_REPLACED

They earned a firm reputation for success of regular concert and several overseas concert tour.They has had remarkable success like a playing "German Requiem" in 2003 at Tokyo Sumida Triphony Hall. Tatsuji Hayashi, the founder and conductor of the Kyoto Gewandhaus Choir, has gone to his final rest on 6th December in 2003.